How many people in your social circle have lived out the cliché of Cancun, the Dominican Republic, Puerto Vallarta, or the like? You’re probably familiar with the formula: nice weather, gorgeous beaches and an all-inclusive package. But few are conscious that building a line of luxury hotels on a country’s best beach can have devastating effects on the local community. Foreign companies kick out locals from their homes, and many of these beaches become private property they no longer have access to. To top it all off, these communities rarely get a penny from all the funds invested into these developments. Those who reap the benefits are almost exclusively multinationals. What an exotic destination, n’est-ce pas? Anne Godbout, a seasoned tour guide and travel agent with over 13 years’ experience in the tourism industry, worked in one of these allinclusive hotels in Hammamet, Tunisia for two summers as part of the “entertainment team.” She was repeatedly pressured to “make the entertainment so good that the customers would only consume their [the company’s] products and services,” says Godbout. The disquieting implication of an all-inclusive is that customers’ every penny is given consideration because the multinationals want it. By operating in this fashion, there are barely any crumbs left for locals to lick off their plates. “The local restaurants, for instance. The tourists don’t need them because their meals are included,” she argues. “The souvenirs? They don’t need them either because there are gift shops in the hotels.” When one becomes conscious of this and takes notice of the unmistakable poverty a few steps away from these ultra-luxurious complexes, moral compasses can’t help but appear disoriented. Godbout reached a point in her career where she could no longer ignore how gravely mass tourism went against her values. After a long introspective period during which she tapped into her spiritual background, she had the idea of founding a tour operator that would take people on spiritual journeys all the while espousing the principles of ecotourism. “It made sense because I love travelling and spirituality is an important part of my life,” says Godbout. Hence, Spiritours was founded in September 2003.

Sacred journeys into the self

Spiritours is a unique tour operator “specializing in personal and spiritual development trips and sacred journeys for small groups in the interest of equitable tourism.” Their expeditions are open to anyone regardless of religion or belief system, and the trips encompass spiritual growth and personal development. Godbout describes the trips as soulful journeys that lead to healing, self-awareness and enhanced wellness. It’s Spiritours’ mission to “allow individuals to stop, reflect on the state of their lives and offer steps for personal and spiritual growth.” About 15 tour leaders, with varying backgrounds and experience in organizing workshops or conferences that deal with self-development, host the trips of 6 to 15 people.

Godbout explains that as Westerners, travelling far away and being confronted to different cultures and ways of thinking helps us detach from the many false identities we adopt – whether it be through our social background, cultural roots, profession or even others’ expectations of us. The trips bring many to reevaluate their beliefs and separate their acquired attributes (e.g. culture and education) from their true selves. “When you’re in your own culture, it’s hard to differentiate between what is really you and what was inculcated.”

But no matter whether it’s a personal development trip to Quebec’s Lac Bouchette or a spiritual safari in Kenya, one unwavering characteristic of all Spiritours excursions is that they subscribe to the beliefs of ecotourism and equitable tourism. The International Ecotourism Society defines ecotourism as «responsible travel to natural areas that conserves the environment and improves the well-being of local people.» Before departure, Godbout hands out a pamphlet to all Spiritours participants that outlines the rules of ecotourism, namely to respect local culture, minimize the impact of the travelers’ stay and encourage positive interactions that benefit both parties. Once there, the tour leaders sensitize partakers to their new environment as they visit national parks, deserts, mountains, etc. “We call attention to the importance of respecting the environment, by not dropping litter, stepping on corals in the ocean or taking things away from national parks,” says Godbout. Beyond environmental matters, ecotourism also protects and preserves the local culture, by ensuring the rule of “leave no trace.” The effects of mass tourism can be very subtle, as in the case of a tribe that still makes its own garments out of traditional materials and sewing techniques. If tourists start handing out Western-manufactured clothing to locals, the young locals will want to dress like them. “I saw the effects in the mountains of South East Asia, where 2o years ago no tourists would never stop there,” says Godbout. “Now, they are changing their culture and way of life.”

Planning more than a holiday

Tourism, according to Godbout, should provide the grounds for a meeting of two cultures, a stimulating interaction between people of diverse backgrounds, as opposed to being an economic exchange. “We have made tourism into a commodity. Now we’re trying to reinstate its raison d’être.” Spiritours trips encourage cultural and human exchanges that benefit both the tourists and the locals. Moreover, participants occupy hotels booked by local tour operators. They ensure that all services chosen are locally owned – from hotels, tour operators and restaurants to transportation – in order to stimulate local economy and the community’s sustainable development.

Although the vast majority of people Godbout has come across have been very supportive of her initiative, some critics remain sceptical of ecotourism’s guiding philosophy. One of the main criticisms is that at its core, ecotourism remains an industry that leads to the commercialization of the environment. In fact, according to the World Rainforest Information Portal, global tourism is one of the largest industries in the world, and ecotourism is the fastest growing segment of that industry. Many argue that the concept of ecotourism is deceitfully used as a marketing tool to attract those interested in nature expeditions. Godbout agrees that she knows of some companies that use the ecotourism banner as a front to attract more customers. “It sells well and they [the companies] are taking advantage of the fact that it’s popular,” she says. But she’s also quick to remind consumers that they share a responsibility with the tour operators to educate themselves about ecotourism. “The WTO [World Tourism Organisation] has a charter to help consumers practice responsible tourism. They believe that by knowing more about the [ecotourism] philosophy, clients would know what to look out for.” The other major recurring criticisms about ecotourism revolve around the questions of environmental degradation and access. Many argue that although minimizing the negative impact tourism has on the environment may be good, ecotourism nevertheless involves travelling, which causes pollution. At the Environmental Impact of Transportation Conference that took place back in 2003, John Shores declared that “somehow we seem to have forgotten or chosen to overlook the fact that one of the biggest sources of environmental degradation in the tourism industry is the travel/transport sector. It is sadly hypocritical to focus all of our environmental hand-wringing at the destination end when the travel to the site and home again may be far more damaging. And these better-educated eco-travelers are more likely to realize this hypocrisy sooner or later.”

On top of that, the argument goes, not everyone has access to the “luxury” of ecotourism, because it caters to a well-off segment of the population. In fact, one can conclude that these wealthier travelers are those who are polluting our planet. At the same 2003 conference, John Shores stated that “the less affluent travel less frequently, less far, and when they do fly, they will be more likely to travel in budget flights/ economy class, with more efficient use of space (and therefore fuel) per passenger. Consequently, it is the poor who will suffer the worst effects of climate change.” This has led many who work within the ecotourism field to start developing a “Think globally, travel locally” approach to tourism, a smart environmental impact calculation that encourages people to travel shorter distances and stay longer. In fact, Spiritours offers a wide range of trips to different parts of Quebec, such as Charlevoix, Gaspésie and Lac Bouchette, for those who don’t have the funds to afford a monastery trail in France or who agree with these aforementioned setbacks of ecotourism. “If you go to a national park in Quebec,” says Godbout, “you’re practicing ecotourism if you’re conscious of the simple fact of you being there is a privilege. That’s why we’re fighting to save places like the Mount Orford!” Having said that, Godbout disagrees with the claim that ecotourism is reserved for the more affluent: “A person doesn’t need a tour operator to practice the principles of ecotourism. People confuse ecotourism with commercialism,” she declares. “In my mind, ecotourism isn’t about buying a tour, but rather engaging in a new way of living and traveling with its own code of ethics.” 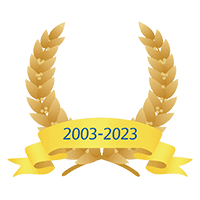 Spiritours © 2021 | Webmaster & Graphic Designer : StudioNico.biz
The prices advertised on our site are valid if you purchase services during the same session. If you disconnect from our site, the prices may be different on your next session.